How long does a TV installation take?

For a simple mounting service take the techs on average of about 30-40min. There many factors that contribute to the time that we spend on every TV such as a brick wall, hiding of wires & more. You can expect a more complex job to take from 1-2 hours.

Can I mount a TV over the fireplace?

Yes, our pros can mount TVs over the fireplace. The job becomes more complex on the type of wall and material. Just make sure you let us know so we can have a better understanding of your project.

Will my cables be hidden?

Yes, we professionally hide wires for extra cost. Our techs place wires inside the wall to give your TV a more cleaner & modern look. Making your cables almost invisible.

How high should I mount my TV?

When choosing where to mount a TV, you need to think about more than just aesthetics. If you mount your TV too high, you might find that it causes neck strain, or that your view of the screen isn’t optimal. We recommend the TV to be placed at eye-level. Depending on your preference and how tall you are, our techs can give you a recommendation on the height. The important factor is placing it a comfortable viewing angle.

What all do I need to provide for the installation?

We can supply you with anything you need. Our techs are stocked on the material that you need for the installation. From TV Mounts to Cables we are ready to get your project done. 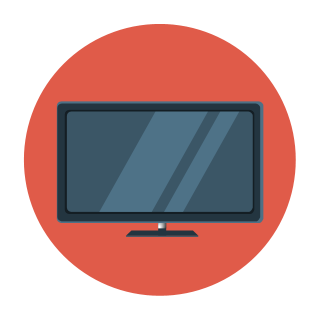 Does a device require power wires to work?

Some doorbells and security cameras are battery-powered and don’t require power wires to work. Other devices are plug-in or require hardwiring.

Battery-powered doorbells can be wired to your home doorbell, however, they receive a trickle-charge from the wiring and are primarily powered by the battery. Doorbell solar chargers also provide a trickle charge to battery devices.

If the device uses a battery, how long does it take the battery to recharge?

Depending on the device, it should take 4-10 hours for a battery to fully recharge.

Do you need to have the app open to receive notifications?

No, as long as you’re not signed out of the app, your smartphone or tablet will receive the notification.

What version of iPhone, iPad, or Android do I need in order to use the app? 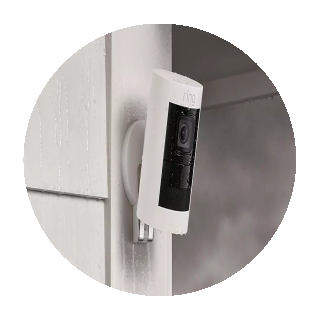 How does my computer/laptop get a virus ?

There are literally dozens of different ways a computer can become infected with spyware, viruses, and other malware. The following document contains is a list a number of these infection methods; listed in the order we believe to be most to least common..

1. Accepting with out reading
By far one of the most common ways a computer becomes infected is when a user accepts what they see on the screen without reading the prompt before proceeding.

2. Opening email attachments
Computers can become infected when users open e-mail attachments that contain malicious code. Even if the message is from a co-worker, friend, or family member, always use caution before opening a link or downloading an attachment. As a general rule, do not open e-mail you were not expecting to receive.

3. Not running the latest updates
Many of the updates, especially those associated with Microsoft Windows, are security oriented. Always keep your operating system and programs up to date. In addition to running operating system updates, the plug-ins associated with your browser can often contain security vulnerabilities. To make sure you have the latest versions, run windows updates and for checking installed plug-ins and their versions.

4. Pirating software, music, or movies
If you or someone on your computer is participating in a bit torrent program or some other unlawful exchange of copyrighted music, movies, or software, you may be at risk. Sometimes these files and programs contain viruses, spyware or malicious software in addition to what you believe your are downloading.

Why did my hard drive go out ?

Hard drives form the basis of our computing. The use of computers comes down to manipulating data, and the hard drive is, of course, where we store all our data; family albums, music, work documents, email, the list goes on.
Most of the components in your computer are electronic devices. They don't fail with time like a mechanical device such as a car. But your hard drive is one of the few mechanical devices used in modern computing, and as such, it's destined to die eventually.

Logical Failures
Logical failures occur when the electronics of the hard drive failure or the software (firmware) has a problem. This kind of failure is usually the cheapest and easiest to have fixed. Unfortunately, it's also an uncommon failure.

Mechanical Failures
Mechanical failures probably make up the bulk of hard drive failures. The motor burns out, the drive overheats, bearings get stuck -the kind of thing you'd expect to find when a car fails. These can be nasty but if the failure didn't affect the platters, you might have a chance of recovery, but at a cost.

Why is my Computer/Laptop running slow ?

If a once-fast computer has slowed to a crawl, you can't really blame the hardware. Sure, you may be able to improve speed by adding RAM, upgrading the CPU, or replacing the hard drive with an SSD. But none of those solutions--all of which cost money--address the underlying problem. Your hardware isn't underpowered. It's overloaded.

Cleaning out Windows will very likely speed up a PC. And no, We are not suggesting reinstalling the operating system. There are less drastic fixes that our techs can preform to get you back up to speed.

How do I know if an email is spam?

Everyone knows that spam email exists and has probably been told 100 times not to click on it. Unfortunately, the bad guys are getting more clever, and spam emails are getting harder and harder to detect.

Here are two basic rules to remember:
Be suspicious. Always check who sent the email, and be wary of links, attachments, or any requests for personal information. When in doubt, ask. It’s always better to ask your IT provider or double-check with the email sender before you click a bad link and potentially put your business at risk.

How can I tell if I have a virus?

There are many ways to tell if your computer has a virus. Ideally, you’ll have a good antivirus program installed that will catch the virus and alert you before it causes any damage.

If a virus or malware infects your computer, chances are you’ll see the symptoms like annoying pop-ups, error messages, programs crashing, or things just running really slow. Use your antivirus software to run a scan, or ask us for help to remove the virus. 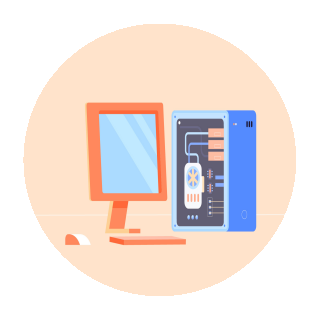 As part of your TV mounting and installation package, we will mount your TV on the wall for a sleek, modern look. It will save you space, give you improved viewing angles and secure your screen to avoid tipping issues 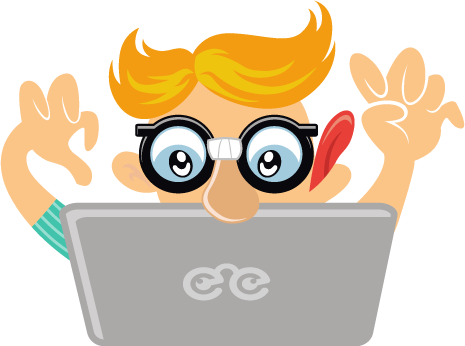